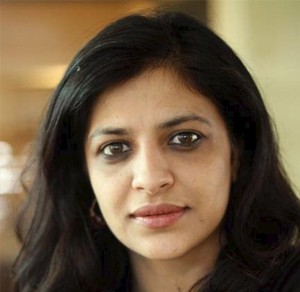 Shazia Ilmi is born 1970 is an Indian politician. She was previously a television journalist and anchor at Star News. She was a spokesperson for the India Against Corruption movement led by Anna Hazare in 2011 and 2012. She led a media campaign for an anti-corruption bill (to institute an Ombudsman popularly known as Jan Lokpal Bill). She was a member of the Aam Aadmi Party’s National Executive but left the party in May 2014 and joined the Bharatiya Janata Party on 16 January 2015