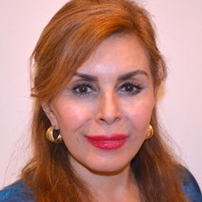 Sharon Sullivan is the Co-Owner of AIM Films, based in Amsterdam, NL and the UAE. She is a Creative Producer of documentaries, short films, educational programming, TV commercials and branded content for broadcast. Sharon has owned a MVTTV in the U.S. as well as being a co-owner of AIM Films in the Netherlands and UAE. She has produced the Gift of Life for TLC, Discovery, Executioners for National Geographic and the Discovery Network, VIVA TV for CBS, and a series called Children at Risk for TV in the Schools among She has been working with the most prominent global brands and corporations including Emirates, Unilever, World Bank, UN, Nikon, Bulgari, Ford, Discovery, National Geographic, ABC, NBC, TF1 among many others.
Sharon Sullivan is passionate about women’s empowerment. One of Sharon’s lifelong aspirations and motivating forces is to share stories of talented, perseverant and fearless girls and women, who learned how to tap into their fears and extract strength and face adversity with wisdom, self-confidence and a winner mentality. I have been extremely fortunate to be a part of creating short films on girls struggling with issues in; and learning from their struggles how to achieve success beyond their expectations. Sharing these stories using the powerful medium of film continues to influence the way familes view their daughters, sisters, and mothers. My next project is to produce a feature film based on the life story of an extraordinary Indian women whose life began in poverty and through pure determination she transformed to become one of India’s most inspiring and successful woman in India today.
As Hillary Clinton once said: “women are the largest untapped reservoir of talent in the world “. If we empower women consistently and with no expectations, pressures of any kind, through education, economic involvement and balanced representation, we stand to reap unimaginable benefits for all humankind.
Sharon was born in Japan and educated in Washington, DC and received her degree from the George Washington University.