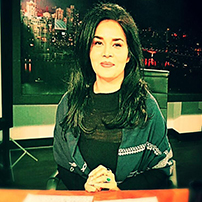 Shalini Chander is a Doctor by profession who did her MBBS from Government Medical College, Patiala, Punjab.
She practised as a General Physician in Germany where she also specialised in diagnosing congenital malformation in foetus by ultrasound and prenatal therapy in 1994. She married a Diplomat in 1992 and started her journey as a globe trotter and changed countries after every 2-3 years. Till date she has lived in 7 countries. In Nepal, Kathmandu she did a stint with UNFPA as a volunteer, which encouraged her to
pursue her degree in Public Health. She got her Masters degree in Public Health from London School of Hygiene and Tropical Medicine, London . She had always aspired to be in World Health Organisation (WHO) and in 2007 she did a stint in WHO HQ Geneva first as an intern and later as a consultant in Adolescent department where she co authored a desktop reference for physicians dealing with
developmental issues in adolescents. She has worked in the field of Public Health and held various positions in Geneva, Delhi and Ukraine mostly dealing with adolescent issues and Non Communicable Disease (NCDs). She was well settled in Public Health but it was always her desire to do hands on work in a clinic interacting directly with patients so she did a course in Aesthetic Medicine from Dr Jamuna
Pai in Mumbai and is pursuing her career as an aesthetic physician in Delhi now.
The opportunity to travel and stay abroad enabled her to learn fluent German and Russian as also a basic Nepali and Spanish . Her other interests extend to the realm of spiritual healing having done level three of Reiki which is a practice where one heals with energy.
She also does yoga and meditation in which regards she was interviewed on TV in Vancouver as well as health related topics.
Her hobbies are travelling, listening to music, dancing etc. She is blessed with a beautiful daughter and lives with her husband and two dogs