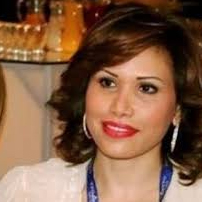 Shahira graduated from the American University in Cairo in 1998 with a bachelors degree in Economics, she then joined La Poire for Touristic Enterprises as a board coordinator and assistant to the General Manager. In 2003 Shahira assumed the role of General Manager and lead the turnaround of La Poire, growing it from a pastry chain of 20 shops to well-rounded foodservice and retail group of companies. The group’s activities include food production, foodservice, as well as convenience stores and fuel retailing as part of a longstanding agreement with
ExxonMobil Egypt. La Poire Group currently operates 175 retail points all over Egypt as well as 2 production facilities all supported by over 4,000 employees. Shahira successfully attended the EFG-Hermes Finance and Investment Appraisal course in 1998 and, graduated from IMD’s MBA program in 2008 in Lausanne. She also attends yearly management courses at both Harvard Business School and London Business School. Shahira has been a member of the YPO (Young Presidents Organization) since 2007, and served on the Cairo board in various positions including Chapter Chair in 2019.