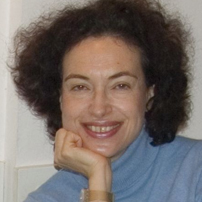 President of Association of Corrrente Rosa

Serena Romano has an extensive European experience in the area of legal, regulatory and antitrust affairs, notably in the banking and telecommunications sectors. She managed innovative international projects at Eurocard, Europay International, Mobistar, Olivetti and Telecom Italia’s international regulatory and international institutions department.
From 2003 to 2010 she also served as Vice-Chair of the Information Computer Communications Policy Committee (ICCP) for the Business and Industry Advisory Committee to the OECD.
Serena Romano is co-founder and currently President of Corrente Rosa, a women’s advocacy association that promotes women’s participation in business, institutions and politics to achieve a greater balance of talents in society.
In 2009, she became a participating member of the OECD-MENA Women’s Business Forum and has been actively pursuing since the development of an action plan for women in the Middle East and North Africa region.
Serena Romano is a member of the Comité d’honneur of Women’s Tribune Morocco, an association that takes stock of the progress of women in the MENA region, a member of La Pietra Coalition, a NYU-sponsored breakthrough initiative to advance women and the world, a Member of the Governors of the Euro-Mediterranean Women’s Foundation, that promotes gender equality in the Euro-Mediterranean and a member of the pool of expert resources of the European Institute for Gender Equality. Since January 2016 she is the Italian Focal Point for the Women’s Empowerment Dialogue of the Union for the Mediterranean.
Since 2010, Serena Romano manages a consultancy business advising corporations and institutions in the telecommunications, energy and gender parity sectors. Her customers include the OECD and Italy’s largest power company ENEL. Currently she is leading two EuropeAid-funded projects on gender-related issues, in the Eastern Partnership countries of Armenia, Azerbaijan, Belarus, Georgia, Moldova and Ukraine, and in the South Neighbourhood countries of the South Mediterranean border.
Serena Romano education includes studies in Paris, London and Brussels. She holds a degree in Law from the Université Libre de Bruxelles.