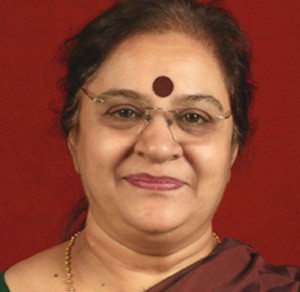 Savita is the principal of Bombay Cambridge School, Andheri, Mumbai for the past 23 years. During this period, she has essayed several roles and has been actively involved in the development of the school’s Core Academic, Administration and Management Activities. Under her leadership and contributions, Bombay Cambridge School has become one of the most reputed schools of Mumbai. Since March 2014, Mrs. Venkat has been co-opted by the British Council in an advisory capacity, as an ambassador and as a trainer of trainers in core skills to further the ideas and projects conducted by the Council and helping schools in implementing these successfully. Drawing on her vast experience, she also advises and guides schools in the areas of academic and organisational improvements. Mrs. Venkat has a Masters Degree from Nagpur University, an International Diploma in Teacher Training from the University of Cambridge, NLP Certification as a Practitioner (in neuro linguistic practices), and affiliations to various Boards. She is also a Member of International School Heads, the Advisory Council of Harvard Business Review, Mumbai International Schools Association, International Principals Forum, National Principal Forum, to name a few. During her career as an educationist she has been responsible for many innovations not only in the functional aspects of school administration and educational practices, but also in the areas of the philosophy and culture of education. Newer and modern concepts, values and global awareness in education are her forte. Mrs. Venkat works with the top Management in establishing policies for better organisational capabilities, public relations and introduction of international affiliations from Curriculum Boards. She strongly believes in being part of the process in creating good human beings with a sense of purpose in their lives and the role of education in schools as an integral part towards this goal.