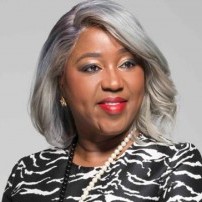 Savannah Maziya holds a Bachelor of Arts degree from the United States of America and an MBA from the United Kingdom. She is currently the Group CEO of the Bunengi Group based in Johannesburg, South Africa. The Bunengi Group is a project development, management and investment company that operates all over the African continent in the infrastructure, natural resources and financial services sectors. This company is the only one of its kind that is women owned and run in Africa. Savannah has worked in various other industries such as broadcasting, mining and financial services. She has run various businesses that she started and later sold. She has served on various boards such as Rand Water (the largest water utility in Africa), Immigration, National Gambling and Casino Boards, The Construction Industry Development Board, The New School in New York, and the National Regulator for Compulsory Specifications. She has also served on various listed international mining groups, such as Gold one and Uranium one. After South Africa was declared a democratic country in 1994, Savannah also played the role of special advisor to various government ministers. She is considered one of the most influential women in the continent, whose work also includes being heavily involved in philanthropy with a focus on women in Science, Technology, Engineering and Maths. Savannah, has initiated a program that collaborates with African First Ladies, Heads of State and industry to advocate for girls in STEM and to raise funds for scholarships. She hosts an Annual Event during the United Nations annual general assembly in New York every September. She was recognised as one of the top 100 women globally in STEM. She also works with schools K-12 in getting tutoring for children in Maths and Science to help raise their understanding and working knowledge. Savannah also sponsors an orphanage based in South Africa. She mentors over 40 professional women. Savannah was the first African member of C200, a committee of the worlds’ most successful leaders and entrepreneurs. There are now two African members. She currently sits on the board of WSP, one of the worlds’ leading engineering, professional services consulting firms, WBHO (The largest construction company in South Africa, that also operates in Australia) where she is a shareholder, is the chairperson of Parsons Brinckerhoff Africa, and Bunengi, where she is Group CEO She is married with two children.