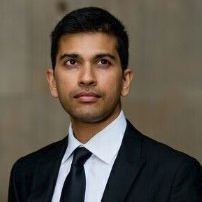 Saurav Dutt is the Guardian Books and LA Times Books short-listed novelist of fiction and nonfiction works.
His novel, The Butterfly Room, was a Notable Book of the Year in The Los Angeles Times and The Indian Express. His journalism, essays and reviews have appeared in the Guardian, International Business Times, The Times of Israel, London Review of Books and The Times Literary Supplement.
His books have been short-listed and featured at the London and Frankfurt book fairs, Kolkata Book Festival and BookExpo America amongst media outlets as varied as Sky News, BBC, Marie Claire, Russia Today, CNN, IB Times and The Hollywood Reporter to name but a few.

As co-writer and associate producer of the independent film ‘Live Life Dearest’ he is also a Gothenberg Independent Film Festival winner. In recognition of his work he was a finalist at the 2014 and 2016 British Indian Awards under the ‘Arts & Culture Awareness’ category and has been shortlisted for the 2016 Asian Media Awards.