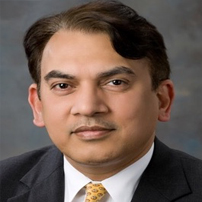 Satish Jha is a social entrepreneur and an early stage investor in socially relevant technology based startups and currently chairs US based Simplified Nutrition Online, is a Principal of Ashcroft Sullivan Jha (co-founded with former US Attorney General John Ashcroft) and is the Chief Advisor of Boston Center for Excellence in Healthcare.
He began his social awareness working with Jaya Prakash Narayan as a teenager and soon after was asked by R N Goenka, owner of the Indian Express Group, to start a national Hindi daily newspaper that was launched as Jansatta, establishing leadership in Hindi journalism and achieving a circulation of 100,000 in 6 months.
Subsequently, he was the Editor of one of the most reputed weekly newsmagazines of its time, Dinamaan of The Times of India Group.
He co-founded PUCL Bulletin, the first civil rights journal of India along with Arun Jaitley, Baramati Conference on technology and development with Sharad Pawar, established Digital Partners in India that started Social Entrepreneurship movement and later merged with Grameen Technologies (of Nobel winner Mohd. Yunus), cofounded DESI Power that created 100 KW power generators using hybrid, renewable energy sources and was replicated across 100 villages, nurtured Tarahaat.com, Drishtee, eHealthcare, IICSR and 40+ startups from angel investing, forming boards, mentoring founders, raising the next round of funds, finding clients and making a business viable.
In collaboration with Nicholas Negroponte, Satish Jha started One Laptop per Child in India that led to the adoption of screen based learning in government schools across several states in the country. He studied international relations, political economy, management of technology, government of science and management at The Fletcher School of Law & Diplomacy, The Kennedy School of Government, the University of Maryland, Erasmus
University Institute of Social Studies, Holland and Institute Theseus/ EDHEC, France