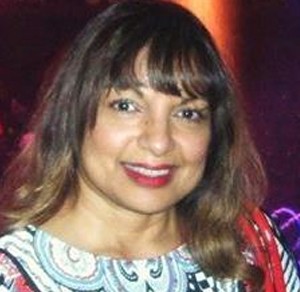 Satie is a Canadian Guyanese born, living in Toronto. She holds a Bachelors’, Commerce Major Degree from the University of Toronto and a Chartered Professional Accountant designation. She works as a Tax Auditor with the Canadian Federal Government.
Her joys being an avid traveler, member of the Toastmasters Speaking Club, practice of Rekhi, satisfaction of having a Black Stripe belt for the Tae-Kwon Do martial arts discipline and an initiate of Swami Veda Bharati – lineage of the Himalayan tradition of yoga and meditation .
Her happiest time she remembers, was marrying her Californian love, only to be abruptly thrown into uncertain territory, leaving the newly wedded couple living in separate countries. Not only is she a Survivor, today she thrives on the quest of her soul’s purpose. She cherishes her spiritual journeys to Abadiania, Brazil (‘John of God’) and prides herself as a Guide to where she calls her spiritual home. In 2012, she was honored as a ‘Daughter of the Casa Dom Inacio’ by the Entities of Light.”