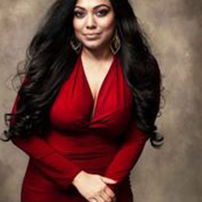 A Jill of many trades, Saroni is an Australian actor, model and social-entrepreneur based in
Sydney. In the year 2018 Saroni was awarded the Ms India Australia Goodwill Ambassador title at the Miss/Mrs/Mr India Australia beauty pageant organised by Miss India Australia Corporation, for her contribution to social causes. In 2019 Sarooni was awarded the Peace Ambassador title by International Women’s Peace Group (IWPG) for her contribution
towards World Peace.
“The award gave me the opportunity to showcase the true essence of the ‘Global Indian
Woman’ of today, who’s breaking all myths and conventions, changing the way the world
perceives her. A cancer survivor, I truly believe that each of us are unique and beautiful,
irrespective of our age, size, colour, the number of stretch marks and scars. Every day of my life, I work towards creating a more peaceful, more inclusive ‘One World’ to live and love.”
Saroni has worked in Australian and International screen projects including Film, TV, Web
Series, Commercial Campaigns, Music Videos, and Documentaries. “I got my training in screen
acting from prestigious film schools in Sydney, and had the opportunity to get coached by some of the finest industry veterans like Toni Higginbothams, Bill Hughes, Leigh Pickford, Rhhonda
Findleton, Les Chantery, Michael Gracey. Amanda Mitchell, Matt Charleston, Paul Winchester,
George Konstand, Kyle Rowling, Barbara Robertson, Natasha McNamara, Eddie Arya, Leigh
Whannell.
Saroni is also the first Indian-origin woman Co-Chair at Equity Diversity – The Media,
Entertainment & Arts Alliance, and an Australian Film Institute – AACTA accredited Actor,
Journalist & PR professional.
“As an actor of colour, Ms India Australia Goodwill Ambassador, Peace Ambassador, and
Diversity, Sustainability & Social Justice activist, this pivotal position will give me a stronger
voice to have that intuitive dialogue with actors and creatives with disability, diverse ethnicorigin,
LGBTQIA, living in Australia, work in cohesion and sync with them to make any needed tweaks and changes to develop, expand, scale the Australian Arts & Entertainment
industry to newer heights and become a self-sufficient, self-reliant industry as we already have everything it takes to be equal and bigger than our global counterparts. As acting has
been my healing mechanism to protect my mental and physical health post-Cancer and other
ongoing health issues, my key focus will also be the struggles and limitations of invisible
disability in actors.”
Saroni is the first Indian-origin brand ambassador for world’s leading body-confidence brand
for women, Nancy Ganz, for their diversity campaign ‘All Kinds of Beautiful’. “A cancer
survivor, a woman of colour, a victim of bullying and body shaming, the campaign perfectly aligns with my views about spreading awareness about body confidence & positivity, and is smashing the glass ceiling in several ways, shattering the pre-conceived notions of beauty,
particularly in the fashion and entertainment industry worldwide.”