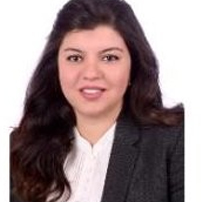 Sarah Shabayek joined Telecom Egypt in November 2017 as the Senior Director of Investor Relations coming with over 10 years of experience in sell-side research in several local and regional investment banks having covered 17 telecom operators in 35 countries in the Middle East & Africa. She was ranked by Extel Surveys as the top telecom research analyst for three consecutive years from 2015-2017 and her input and recommendations were highly valued by both the investor community and the companies she worked with. Shabayek was also chosen as one of the top 50 most influential women in the Egyptian economy in 2017 by Amwal Al Ghad Magazine in an event under the auspices of Egyptian Prime Minister.
At Telecom Egypt, Shabayek transformed the investor relations function with the mandate of being more accessible and transparent to the investor and analyst community through face-to-face interactions and a timely updatable digital platform serving all their needs. These efforts were quickly recognized with Telecom Egypt ranking among the top five leading corporates for investor relations in Egypt by the Middle East Investor Relations Association in its 2018 awards.
Shabayek started her career as an analyst with HC Securities & Investments in Cairo, moving on to Al Futtaim HC in the UAE. In 2012, she joined CI Capital, the second-largest investment bank in Egypt, and grew to become the Head of Telecom Research at the investment Bank. She then joined Arqaam Capital, a regional investment bank headquartered in Dubai, where Shabayek served as the Head of Telecoms, Media and Technology Research. Her telecom experience was enriched by her involvement in leading the data pricing team at Vodafone Egypt in 2012 where she had the opportunity to dive into operations and introduce the first data bundles to the market. Shabayek holds a Bachelor of Business Administration from the American University in Cairo and is a graduate of the German School in Alexandria.