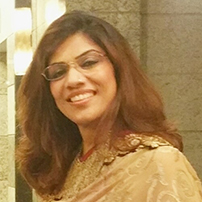 Sangeeta Nambiar is a theatre and film director based in Singapore. She’s also the founder of the theatre and feminist movement, Finally She Spoke. Most of her plays have hints of activism in them and are aimed at removing the silence the world has clothed women in. Earlier this year she staged Eve Ensler’s Vagina Monologues in collaboration with One Billion Rising. Following that, Finally She Spoke debuted with 20 strong monologues on topics as varied as child brides, female genital mutilation, feminist representation in films to the breast chronicles. She hopes to now take Finally She Spoke as a strong theatre platform to various countries and in the process, tie up with NGO’s all over the world. She believes that unless we end the silence, the violence will never cease.