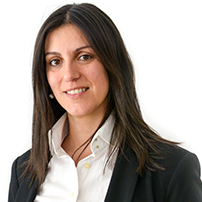 Sandra Filipa Henriques Cardoso was born in 1981 in Tomar, a middle-sized city in the centre of Portugal, where she also currently lives. Dedicated mother, wife and daughter, her family is her point of balance, counteracting the constant hustle of her professional life – “stremo”, as her grandmother used to call it, meaning higher stress periods. She exhibited, from an early age, a natural curiosity for shapes and spaces, always managing to add her touch of “orderliness” wherever she was. Her decision to study architecture was, therefore, entirely natural, and she graduated from the Universidade Técnica de Lisboa in 2005. During her first years of work, she sought to become acquainted and to work with a number of the “old masters” and to absorb some of their experience. To that purpose, she collaborated with a variety of already well-established offices, and later on integrated a public institution responsible for the development of several social, cultural and sports equipments in the centre of the country. After these experiences, it was time for a different challenge, and in 2015 she was co-founded the Origam Group – which resulted from a Luso-Angolan investment – with a view to seize the experience and synergies of its founding elements both in Portugal and Angola. The Origam Group is a group of companies with a presence in both countries and based mainly in Tomar. From that moment, the last 4 years felt like 20, so numerous were the projects in which she has taken part, in Portugal, Angola, Cape Verde and São Tomé e Príncipe. If, in Portugal, her activity has been carried out mainly in projects pertaining to residential, commercial and services buildings, in Africa she has also endeavoured to develop a social dimension. Motivated by the daily contact with the harsh Angolan reality, and all the hardships the populations go through, Project “Mama Muini” was born within the group. This project, whose name means “Sun Mother” in the Kissolongo dialect, aims at bringing a degree of light, hope and comfort to some of the most impoverished areas in Angola. As such, in recent years, it has participated – often pro bono – in the development of projects for the construction of schools, hospitals, standpipes, houses, among others. This is how the group envisages its activity: if, on the one hand, it has to be sustainable, in order to be able to grow and improve, on the other hand, it is its duty to be socially responsible, contributing to the development of the regions wherein it operates. This is the vision and the language that encourages it to do more and better, to reach further, never neglecting the most important aspect in every project – the people. This how the signature of the Origam Group emerges – “creating spaces that bring people together”