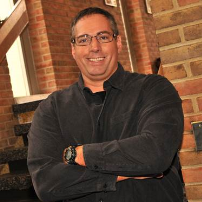 Samuel James Striker, Ph.D., is the founder of Hollin-Phoenix Consulting, LLC; a company that specializes in socio-cultural research in unstable areas. He is considered by many to be one of the foremost conflict zone social scientists with extensive experiences in unstable areas such as North Africa, Iraq, and Afghanistan; representing the most difficult populations to assess. His educational experience is equally expansive, with degrees in both the hard and soft sciences.
His past work experience includes Education Ministry Advisor, Educational Director, Software Consultant, Military Liaison, Research Manager, and Social Scientist. He has worked with such entities as the Afghan Ministry if Education, Department of Defense, and several NATO units. His certifications encompass extensive training, Labor Relations and Negotiations, Combat Advisory School, Open Source Intelligence Resources and Information Systems, Counter-Insurgency Leadership Academy, Afghanistan Immersion Studies and several iterations of the Human Terrain System.
His has worked in Iraq include training and supervising multiple third country nationals from Nepal, Uganda, Bosnia, and Serbia, as well as the Iraqis. In Afghanistan most recently included advising the Ministry of education to build their capacity toward conducting their own research studies. He also worked as a social scientist where he devised an effective collection and analysis tool known as the Truncated Methodology.
He has dozens of internal publications as well as a published dissertation and a published book, “The Humanity of Warfare: Social Science Capabilities and the Evolution of Armed Conflict”. His works have informed policymakers at all levels to include the Defense Intelligence Agency and the POTUS’s kindle, Logistics Command, CIMIC, Department of State, USAID, U.S. Army Command and General Staff College, and many other agencies. He has also submitted comprehensive critiques on the US Army’s Human Terrain System training program.
Dr. Striker has been featured in The Afghan Paradox and honored by Western Michigan University for his work in conflict areas. His guest speaking engagements include the Civil-Military Cooperation (CIMIC) Multinational Group in Motta di Livenza, Italy and the 2012 GEOINT Symposium, Human Terrain System, and the COIN Leadership Academy.
Dr. Striker has two children and four grandchildren. He currently calls East Lansing, MI home. He enjoys travelling, SCUBA diving and flying as quasi-leisure activities. His never-ending vision is to bring the Social Science capability to virtually all cross-cultural endeavors for the purpose of protecting populations and soldiers through cultural understanding. Stay tuned for Dr. Striker’s next book which features Applied Social Science in a Trans-cultural World, representing the next stage in social evolution.