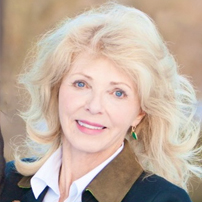 Sally Ranney has forty years’ experience in the environmental arena. She is CEO of Stillwater Preservation, LLC, a wetlands mitigation banking company, and is a Patron of Nature for the IUCN. As a Resource Policy Analyst for The Wilderness Society, she co-founded American Wildlands and served as the President for twenty years. Ranney is Chairman of eraGlobal Alliance and an anchor for ‘A Matter of Degree’, an internet series on climate change. Ranney has worked with three U.S. Presidents, including President Reagan who appointed her to his Commission on American Outdoors. She now serves on the Global Advisory Committee of Women and the Green Economy (WAGE), the Advisory Board of RoundRock Partners, LLC, and the board of the Climate Accountability Institute. Recognitions include the Horace Albright Award, the International Conservation Award, Earth Guardians’ Earth Stewardship Award, and the Children’s Environmental Literacy Foundation (CELF) Lifetime Achievement Award.