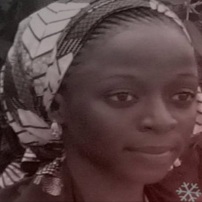 Khairatul Saidu, a Human Rights Activist, an International Speaker, is known for advocating for the rights of those Unjustly Imprisoned alongside fighting against corruption in the Judiciary System and against Gender Violence. The Eighteen (18) years old Nigerian Actives is the founder of Khairatul Saidu Foundation (KSF) and a Story-Telling Manager at World Merit Global Engagement Team. Khairatul started her advocacy after her parents were both unjustly detained in prison when she was twelve. She has hosted several conferences on SDG 16 with reference to the United Nation Universal Declaration of Human Rights and has spoken at several conferences, she’s a member of Women Speakers Association, Young African Leaders Initiative (YALI) and was an ambassador for World Peace Caravan in 2015. The Women Against Violent Extremism in partnership with the American University of Nigeria recognised Khairatul Saidu has one amongst the 100 Women taking actions for women and against Gender Violence, She was recognized with the Princess Diana international Award for Advocacy, YALI Africa4her Champion for her efforts for women empowerment and the 2017 Public Peace Prize for her devotion to networking for peacemaking and for fighting for the freedom of those unjustly imprisoned. Khairatul Saidu is known to be among the many teens who have bravery took actions for change in their community.