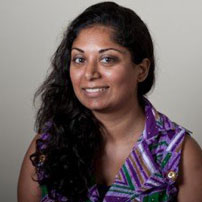 Sabrina Mahtani is AdvocAid’s Founder and former Executive Director, stepping down in July 2014 to become a member of the Board. Sabrina is a lawyer specialising in Penal Reform and Women’s Rights, and has worked on human rights projects in Sierra Leone since 2005. She is now working for Amnesty International (based in Dakar, Senegal) as their West Africa Researcher.