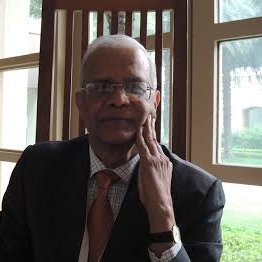 An active journalist since 1968, Mr Venkat Narayan was Executive Editor and Senior Editor of India Today in 1979-84; interviewed a large number of Presidents, Prime Ministers, Kings and other dignitaries, including Indira Gandhi and Rajiv Gandhi, and is the author of NTR: A Biography in 1982. He has travelled in 65 countries across all continents. Beginning his journalistic career in The Times of India as a reporter in Ahmedabad in Gujarat in 1968, he worked in The Sunday Times, London, as a Summer Scholar in 1975 and as a guest writer at The Boston Globe in Boston in the US in 1978. He currently freelances and writes for a number of international publications.