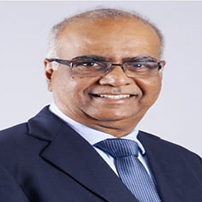 Mr. S Senthilkumar is Executive Director (Regional Services), Southern Region of Marketing Division in Indian Oil Corporation Limited, in charge of vital service operations for the five states of Karnataka, Telangana, Andhra Pradesh, Kerala and Tamil Nadu. It is pertinent to note that the five states contribute on an average not less than 20000 crores per annum to their respective state exchequers.

Heading the Southern Regional Services of IndianOil, Mr. Senthilkumar packs over three decades of rich and varied experience across different verticals of IndianOil which is the largest refiner and marketer of Petroleum Products in the country and the leading Indian company that features at 137th place in the Fortune 500 global list of companies.

Mr. Senthilkumar is a keen voyager and has widely travelled both within India and abroad on work. He was chosen to represent the country in Australia by Rotary International under the prestigious GSE (Group Study Exchange Scheme). He has also represented the company at various conferences abroad for professional updation.