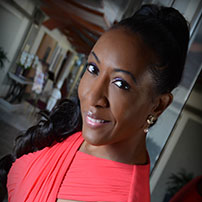 Shevelle is an accomplished attorney, an award winning international speaker, a number one bestselling author and a life and business strategist. Shevelle was selected a Pennsylvania Rising Star twice and has been featured in the Super Lawyer Magazine, the Philadelphia Magazine and the South Jersey Magazine. In 2017, Shevelle was recognized as a National Black Lawyer- Top 100. In both 2016 and 2017 she was recognized as a Best 10 Female Criminal Defense Lawyer, Pennsylvania. In 2017 Shevelle was recognized as a National Trial Lawyer – Top 100 and a National Trial Lawyer – Criminal Defense Top 25.
As a practicing attorney Shevelle came to the realization that her clients were not only struggling with legal dilemmas, they were also struggling with life dilemmas. Having overcome significant obstacles in her own life, Shevelle became extremely passionate about empowering motivated women to shift their mindset and ignite their innate power so they can live fearless, fabulous and fierce lives. She became equally passionate about empowering and supporting entrepreneurs in forming and sustaining successful profitable business entities. These two passions led her to create Soar2Success Academy, a platform where Shevelle provides business coaching and consulting, life coaching and educational programs to further support professional woman and entrepreneurs in their journey to success. For more information, please visit