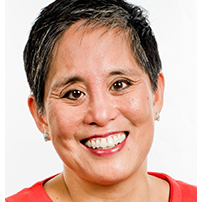 Rosie Unite is the Founder and CEO of ImaginateLife®, a for-profit global social impact venture that was born from an unexpected, extraordinary event that forever transformed her life.

She is passionate about the power at the nexus of neuroscience, epigenetics, quantum physics, and spirituality to heal bodies, elevate minds, and transform lives. Known as The Possibilities Whisperer®, Rosie shares her own extraordinary transformation to help others.
ImaginateLife® offers the knowledge, skills, and awareness that inspires and empowers others to discover their innate power and seed a greater consciousness in the world. Services include keynote speeches, workshops, advisory services, and special events.

To date, she has completed ten of his profound workshops – mostly Advanced and Advanced-Follow-Ups. She is honored to have participated in his global research on meditation effects on the brain and body. She has been QEEG (quantitative electroencephalography) brain mapped by neuroscientists from the U.S. and Germany, measured for heart coherence by HeartMath Institute, and tested for individual energy fields by GDV technology.

Rosie is a globe-trotting, lifelong student of holistic learning, leading and service.

A Wharton MBA, she was invited to the ThoughtLeader® Summit, and is a member of the National Association of Experts, Writers & Speakers® and National Academy of Best-Selling Authors®.

Rosie has received Quilly Awards® for three books she has co-authored: The Big Question, with media and CNN legend Larry King; Professional Performance 360 Special Edition: Success, 2nd Edition, with business magnate Sir Richard Branson; and Success Breakthroughs, with Jack Canfield. The originator behind the Chicken Soup for the Soul® series (500+ million printed), Jack is a Guinness Book of World Records holder – the only author with seven books simultaneously on the NY Times Bestseller List. Rosie is a Certified Trainer in his best-selling book The Success Principles™ and the Canfield Methodology™.

She has also received two EXPY® Awards for co-authoring the children’s book Leo Learns About Life and serving as an Executive Producer for the documentary film The Voice of a Generation: An Evening with Larry King. She has been featured on ABC, NBC, CBS, Fox, Success Today, “Game Changers” in USA Today, and “Masters of Success” in the Wall Street Journal.

Rosie is honored to have delivered her signature speech at the Global Entrepreneurship Initiative annual meeting at the United Nations Headquarters and at Success LIVE™ held at Universal Studios.

Previously, in her 30-year global career, Rosie was a leader and executive in social impact, international economic development, and the Fortune 500. She began building businesses in the Peace Corps – advising female entrepreneurs in growing their microenterprises and overseeing micro-finance/micro-credit programs for the local affiliate of Women’s World Banking. Rosie went on to help build, launch and grow new companies, corporate joint ventures, and emerging mobile, telecommunications, and digital technologies.

She worked with well-known organizations including: Sprint, GTE (Verizon),