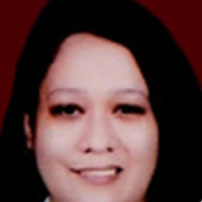 As a specialist attorney, her public international law practice includes advising on international investment law, treaty and legislation drafting and interpretation, sovereign immunity, energy and natural resources, power projects, international law, and sanctions.
With the quality and range of work undertaken through her entire experience, she has developed expertise in corporate laws, securities markets, banking, infrastructure and others. She has more than 10 years of experience in more than 40 international commercial arbitrations under all major institutional rules(ICC, DIAC, ASA, SCC, HKIAC and others) as well as in key foreign investment treaty disputes. In addition to her practice, she has also handled and advised on numerous high profile disputes between Governments and her most recent practice has focused on disputes relating to, inter alia, licensing agreements, sales and distribution agreements, major projects/construction, investment disputes, asset/share purchase and joint venture agreements (post M&A disputes), as well as gas/energy supply agreements.

Breaking away from the perception that legal advisory, representation and arguments must necessarily be outsourced to commercial law practices, owing to her experiences within the many international disputes in foreign jurisdictions, she has radically changed the concept of outsourcing representation by representing Government of India (PSU’s) and its interests herself at major judicial and economic forums globally including international forums such as the European Union Commission, the European Court of Justice, International Commercial Courts, the United Nations and a plethora of other jurisdictions. Best known for her success in landmark decisions and policies concerning international trade legislations, Bilateral Treaties and international commercial arbitration, she specializes in International law and International Dispute Resolution. Across the varied experience with companies in global operations, she has represented before the European Commission, the International Court of Justice, WTO, various European Courts and dispute resolutions in jurisdictions before judicial and quasi judicial bodies in Jordan, Saudi Arabia, etc. Apart from the various international juristic forums, she has also been involved in the World Social Forum and World Economic Forums held in India, London and Davos and has worked in close coordination with eminent world leaders such as Mary Robinson, President of Ireland and UN Secretary General, various international trade summits etc. She has been an eminent speaker in various international summits and conferences on international policy, relations and arbitration seminars including the International Arbitration Asia Summit in 2014, the National Initiative Towards Strengthening Arbitration and Enforcement in India organized by the Niti Aayog, 2015 and has also delivered several lectures in various prestigious academic institutions for legal studies. Her active interests and current pursuits include amongst various other areas, restructuring dispute resolution mechanisms internationally in order to streamline its objectives and qualitative gains in pursuance of which pioneering work has been done amidst the government sector companies towards streamlining effective alternative dispute resolution mechanisms, amalgamating technical and transactional knowledge in legal representation and pro-active management of contracts and further developing the Bilateral Investment Treaty domain as an effective dispute resolution tool as well as broadening its parameters and outlook etc.