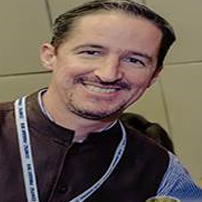 Journalist, political scientist, master’s degree in International Relations at Complutense University, and studies in Innovation and Economic Development at Harvard University. He is a Fellow of the Royal Geographical Society.
He was selected as one of the 100 most prominent Colombians by the government of Colombia in 2015.
Former diplomat to the UK, in charge of Human Rights.
He has been working as Director for Latin America for the NGO of India Barefoot College since 2013. Since 1999 he has lived in six different countries in Europe, Asia and America and his line of work has always been framed by the defense of human rights and minorities, taking advantage of the benefits and challenges generated by the media and new technologies.