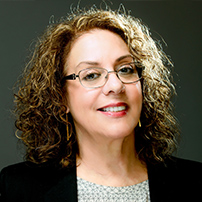 President of Ben-Gurion University of the Negev

Professor Rivka Carmi serves as the President of Ben-Gurion University of the Negev since May, 2006. She is the first woman to be appointed president of an Israeli university.
A graduate of Hebrew University Hadassah Medical School, she completed a residency in pediatrics, a fellowship in neonatology at the Soroka University Medical Center and a fellowship in medical genetics at Boston Children’s Hospital and Harvard University Medical School.
Prior to her current piostion, Professor Carmi served as Director of the Genetics Institute at the Soroka University Medical Center and in 2000, she was elected Dean of the Faculty of Health Sciences at BGU – also the first woman to hold this position in Israel.
Author of over 150 publications in medical genetics, her research included the identification of 12 new genes and the description of three new syndromes, one of which is known as the Carmi Syndrome.
Noteworthy honors she has received include: the Lifetime Achievement Award from the Yated organization for children with Down Syndrome; the 2002 Award for Peace from the Canada International Scientific Exchange Program (CISEPO); the 2009 Award in Excellence from the Israel Ambulatory Pediatric Association (IAPA); an Honorary Fellowship from The Interdisciplinary Center Herzliya; an Honorary Doctoral Degree from Dalhousie University in Canada and an honorary Commander of the British Empire (CBE) in the name of Queen Elizabeth II.