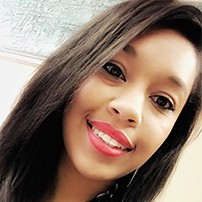 It’s not every day that a child is blessed with the opportunity to overcome oppositions and adversity at such a young age. By the age of 18, not only was Riddell able to defeat cancer but also to defeat every adversity that a mind could fathom. 2012, Riddell officially licensed her first LLC, Riddell and Associates Inc. in housing resource experts receiving a private contract with Fortune 500. After 3 years of building her foundation, she opened the sister company Riddell Enterprises, stepping into the market place and being the resource center to every and all industries. With Riddell Enterprises’ she in houses a Loyalty Division with 20 Resource Experts, 12 Direct Marketing and Sales Directors, and holds a national network and rolodex. Strategic Business Alliances, Affiliate Marketing tactics, and farming individual’s rolodex are her three areas of expertise and consultation. With her team by her side, she has earned company shares in 6 different companies. Her perspective of life is very simple, she is known for saying “Sometimes we don’t fully appreciate who it is that we know, what it is that they do, how we may be of service to one another and how to look within our trusted circle to grow and flourish as one.” Many people ask her how she has acquired the positions and titles that she has, and she always says, “If you just do the right thing, consider the consequences of your actions, and have a servanthood mindset, the world will perceive you as something so much greater than even you can fathom and demand to help you get what it is you want.” As a philanthropic humanitarian, she sits on the board of 9 nonprofit organizations. She is spearheading Disneyland’s first featured nonprofit event called, “The Shining Mickey Awards.” Within her organization she has ensured and required that everyone affiliated within her organization holds at least one nonprofit board position within the organization of their choosing. Due to full financial provider to her 4 younger brothers since age 17, she understands the importance of investing in causes and people who she believes in. Life knowledge played an important role in her life. It was not until somebody told her that she was the deciding factor of who she would become and the life that she would live, that inspired her to create personal development course work for 27 charter schools which in housed high schoolers whom had been permanently expelled from the public-school system. Having faced the thought of suicide during her adolescent years and having been blessed to never follow through, not only does she educate on who you are but also why you are needed in the world. She has been blessed with the opportunity to be a suicide prevention lifeline saving 7 lives anonymously over the last 2 years. That humanitarian mindset has also inspired her to lead exceptionally extraordinary millennials who hold skillsets and abilities that most people refuse to even consider. Her legacy has already begun to form as being the leader of the millennial world changers. She has received the invitation to “I change nations 2017,” was appointed the millennial chairholder for the world changers society 2014, the number 1 advocate for the children’s cancer foundation 2013, and this year appointed as dame commander of Kalakaua Hawaii. Her most recent accomplishment was officially receiving a PHD as an Ontologist, the philosophy of psychology. Due to the trials and tribulations that she faced as a child, she acquired an unbreakable mindset and mentality, her perspective of the world around her has no evil, she steps only in her victor mindset and lives to teach the world to do the same. Her mindset and testimonial have placed her on 14 stages speaking and teaching anywhere from 500 to 5000 people. Humility and humbleness are character traits she demands to hold within herself and does so by never forgetting where she came from and seeking to be a living example that it is possible to go from a place like that, to a place where she currently stands. Her energy is contagious, her focus is locked and her spirit unconquerable. As a Christian, she hopes to one
day leave this, “forever imprinted on the world.” God said that we were made in His image and that all things that are made by Him, are of Him and as we were created, He said my child I now leave it in your hands to use everything that is within you to become the person that I know you can be.