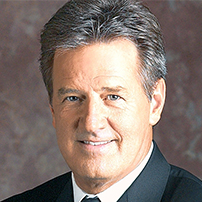 Dr. Rick Goings serves as the Chairman and Chief Executive Officer at Tupperware Corporation. Dr. Goings has been with the firm since 1993. Prior to this, Dr. Goings has held executive positions at Premark International, Inc., and Sara Lee Corporation. He served as the President at Avon, U.S.A. in 1989. Dr. Goings a Director at R. J. Reynolds Tobacco Holdings, Inc., SunTrust Bank of Central Florida, N.A., Reynolds American Incorporated, and Rollins College. He is also a Member of the Advisory Board of Tennenbaum Capital Partners, LLC. Dr. Goings serves as the Chairman-Elect of Roxanne Spillett. He has been a Director of Circuit City Stores, Inc. since March 4, 2004. Dr. Goings has been the Chairman of Board of Governors of Boys & Girls Clubs of America since January 2007. He has been the Member of Board of Governors of Boys & Girls Clubs of America since 1989. Dr. Goings previously served as Chairman of BGCA since 1996. He has led various committees, including government relations, marketing & communications, human resources, and compensation. Dr. Goings is the recipient of the Boys & Girls Clubs of America’s Herbert Hoover Humanitarian Award. Additionally the People’s Republic of China recognized him with the Marco Polo Award in March of 2000 for his visionary leadership, his significant role in China’s economic development, and concern for Chinese Society. Dr. Goings received an Honorary Doctorate in Business Administration from Bryant College.