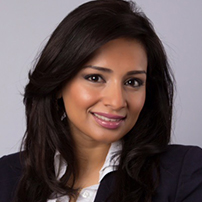 Reshma Roopram ( 38) is a politician, and social entrepreneur. As a wife and mother of three children she strongly believes women are the changemakers in society. They are needed on all levels, platforms, branches, businesses and so on. Mothers need to set that example for their daughters and that is what she does. As a chairman of the social democratic party she strives against poverty amongst children, debt problems and promotes diversity. She is a frequently asked public speaker and in 2001 she won the title Miss Universe Netherlands. She was the first delegate of indian origin who represented a European country.