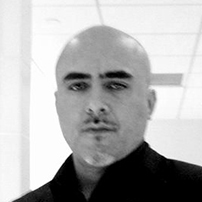 Renan Salgado was born in Ecuador and migrated to the United States in 1984. He is the Human Trafficking Director at the Worker Justice Center and has been investigating cases of migrant farmworker exploitation since January of 2000. Renan has been dedicating his career to the fight against human trafficking in agriculture, and recently has expanded his investigations to other industries, mostly focusing on labor trafficking. He is responsible for the creation of multiple Human Trafficking Taskforces throughout NY State and currently facilitates meetings for the gathering of Women former Sex Workers in Rochester, NY. Since 2001, Renan has been working in tandem with agents from the FBI, Homeland Security, State Police, and local law enforcement units throughout the state of NY. Renan has also been training local, state, and federal Law Enforcement agents since 2007, and has been a keynote speaker and panelist at various National and International Human Trafficking conferences. Most recently, Renan has trained the Los Angeles Human Trafficking Task Force, Las Vegas Task Force, Long Beach Task Force, the Mexican Government’s Attorney General’s Office, Mexican INTERPOL agents, prosecutors and Judges from Mexico-Guatemala-Honduras, outreach workers and organizers from the United Farm Workers Union in California, as well as The Department of Justice’s OVC grantees on how to proactively investigate cases of labor trafficking. Renan was a co-chair of the Freedom Network’s Training Institute, a member of the Freedom Network’s Steering Committee, and a board member of John Brown Lives!