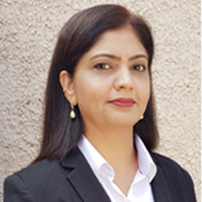 Rehana Ameer is a British entrepreneur of Chennai – India origin. She is the Founder and Director of Prosap Technologies Limited an IT and Engineering consulting firm which she established in 2011 in London. She also trades in the wholesale and retail of Halal Meat and Foods in West London. She is an MBA in International Business from UK and she holds several IT global certifications.
She has an immense passion for politics and is the Fundraising Officer of the Hounslow Central Labour Party Branch. She is actively engaged in several social activities / political campaigns in London around Cyber-bullying, Women Equalities and their rights, Brexit and Women economy, Save the NHS, Education not Segregation, and Digital Government.
She is leading a project in launching the West London Fawcett Society Local Group She is an active member of UKTNCC. She is contesting as an Independent candidate for the Councillor elections in The City of London Corporation in March 2017.
Rehana believes in “Women Empowerment through Education, Business and Technology”.