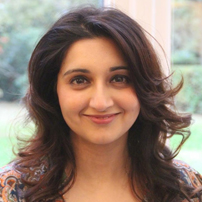 Chairman and Co-Founder of Women Empowered

Reena is Chairman and Co-Founder of Women Empowered, social initiative run by volunteers that aims to inspire and help women (and men) make the best of their individual talents and skills by connecting with successful and inspirational individuals. WE aim’s to create a powerful yet exciting network open to all though its events, charitable work, blog and debate group. The group is championed and supported by prominent women and men from all walks of life, from politics to media, from finance to music.www.womenempowered.co.uk
Reena was successfully elected as one of the three District Councillors for Moor Park & Eastbury in May 2014. She previously ran as a County Council Candidate 2013 and is on the Conservative Parliamentary Candidates list
Reena has worked within her family business for almost 20 years. She has worked in variety of roles with a rather ambiguous job title as is so often the case in family businesses. Always close to the heart of activity she has been involved closely from both operational and strategic aspects.