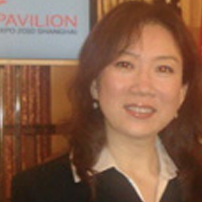 Rebecca L. Branham has over 27 years experience with foreign and international investment and engineering companies in the fields of office management/human resource, government relations and business development. She worked for the first foreign invested enterprise for Northeast China in Shenyang and set up the first foreign engineering firm in Shenyang. She also served as the China Government Relations Manager for a large American multinational engineering and construction company. Rebecca has been involved in charity activities in China since 1997 until now and is currently working with families in Dujiangyan, Sichuan and serving as the Vice Chairman of CSR Committee for The American Chamber of Commerce in Shanghai. Rebecca has won many awards in national and provincial competition including Miss Public Relations for Liaoning Province and was one of the top six finalists for Miss Public Relations in the People’s Republic of China nationwide competition in 1988. She won the first award of Mandarin Speaking Competition in Liaoning Province and was a Top Eight Finalist in China in 1990.