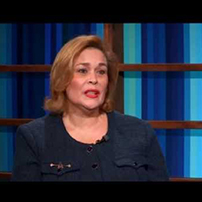 A woman of many talents, Rawya Mansour began her career as an interior designer. After over two decades in the field and gaining a world-widereputation of artistic taste and excellence, Rawya decided to set her sights elsewhere. As she put it “I want to make not only the lives of the rich beautiful, but to enrich the lives of those most segregated”. In 2007, just before the Egyptian food riotsMansourforesaw the need fora drastic change, and took the matter in her own hands by founding RAMSCO for Trade and Distribution. There she developed and tested a groundbreakingapproach to organic agro-business within Egypt, through the inventionoffertilizers and agro-technology. Upon the success the pilot project in her research center,Mansourfounded the RAMSCO for Sustainable Agricultural Development in 2009. In 2012 Mansour established OASIS (Organic Agriculture for Social International Solidarity) in The Principality ofMonaco.Mansour’s work proved to be an incredible tool for climate change adaptation, as she has developed and patented machines thatrecyclesrice straw and other agri-waste (the burning of which leads to the “black smog” that pollutescities like Cairo, leading to growing rates of asthma in its residents) and turns it into biochar. Biochar has been proven to be the only way of reversing climate change,as it is capable of reclaiming desertificationand decreasing green house gasfrom agri-waste. Hand-in-hand with combating environmental degradation Mansour works towards poverty elevationandemancipation of rural women. Currentlyemployingyoung women in organic farming and training on quality packaging to ensure gender equality, women autonomy & financial independence. RAMSCO workswith women from the Ismalia and Behera region where women otherwise have low daily wagesand social rightsas daily workers. By employing these marginalized women they have growna sense of empowerment and economic autonomy, which has been proven to give them bargaining power in their homes. Furthermore, RAMSCO has introduced for the first time in this region equal salariesfor men and women farmers, as well as health insurane benefits. As per tradition women farmers in this region receive half the income of a male farmerfor the same amount of work. By breaking this tradition and introducing equal pay Rawya Mansour has shattered the status qua by giving women equal rights and status as a man in the workplace. All of this work has been building to the achievement of Mrs.Mansours larger dreamof worldwide holistic eco villagesin the Mediteranian. These eco villages will continue to carry out the use of Mansours green technology building towards food security and environmental adaptation. Rawya Mansour’s innovative vision is to invest on sustainable projects able to reduce poverty and contribute to “save the planet”. She is the engine and co-founder of the project We Are The People.“It costs nothing to dream, but everything not to” is the mottoRawyaMansour lives by.