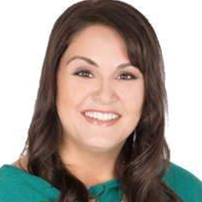 Rania Batrice is a first-generation American. Born to Palestinian parents who moved to the United States in pursuit of a better life for themselves and their family, Rania was raised in a traditional Catholic household.
Rania founded Batrice & Associates, a communications, mediating, organizing, and legislative strategy firm that advises elected officials, candidates, non-profits, and companies in the United States and around the world.
Anchored by Rania’s experience and national reputation, as well as her network of contacts, Rania and Batrice & Associates provide cutting-edge strategy in the areas of communications, including crisis communications, crisis management, organizational development, mediation, training, coaching and more.
Prior to the growth of Batrice & Associates, Rania became an influential and trusted members of Sen. Bernie Sanders’ campaign for President, with Rania serving as the Iowa Communications Director, the National Director of Surrogates, and eventually the Deputy Campaign Manager. Following the 2016 Primary and during the General Election, Rania lead progressive outreach and collaboration efforts for the Democratic National Committee.
Rania’s 18 years working in politics has taken her to over 40 states and included working for candidates running for President to City Council and nearly every office in between. While she had no intention of making a career of politics, Rania believed and still believes that change can happen from within when people come together for the betterment of humanity.
In addition to her political experience, Rania has served in a variety of senior-level roles for non-profits throughout the country and abroad, including as the Executive Director of both The Innocence Project of Texas and the Freedom Project, an anti-human-trafficking, anti-domestic violence and women’s empowerment organization where she still serves on the board today.
In addition to her work as a political, non-profit, and crisis management strategist, Rania also serves on a number of boards and advisory committees and was honored to be named a 2017 Woman of Purpose.