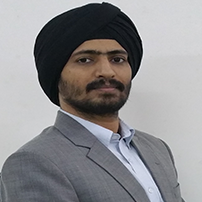 Ramit Singh began his career over a decade ago, as an independent pro bono activist working towards social causes, especially the upliftment of farmers. In the process, he has dealt with the legislature, executive and the judiciary at the grass-root as well as the national level, helping bring about tangible change in the lives of farmers in one of the country’s major agrarian belts. He then returned to The RASICH Group, which he founded in 2007, and for the last 5 years has worked closely with law firms in India in areas including strategic planning, practice management, productivity enhancement, financial reviews and organization structuring, where he also promotes the use of responsible and sustainable business practices. He is the sole advisor to the Indian Corporate Counsel Association, a government-recognised body of corporate lawyers. Together, they were invited to draft a Bill for, and be a part of the discussions held by the Government on opening up the Indian legal sector. Ramit is also an advisor to Football Solutions, India’s premier football management company. FS aims to increase football penetration in the country, promote the sport from the ground-up, and help players from every stratum get increased exposure and opportunity. The research arm of The RASICH Group has published four books till date, the most recent one on management principles for the legal industry, which features contributions from him and some of the top legal management gurus from across the world. India’s North-East is a hub of football, and his work in the region helped fuel his interest in working for the development of its extremely community-driven people. He thus co-founded the 8one Foundation, which refers to the 8 states in the North-East, which are diverse in culture but similar in character. The Foundation aims to affect pragmatic sustainable progress, with social development taking priority over other interpretations of the term ‘development’.
In recognition of his efforts in the space of social development, he was invited by Harvard University to participate in a panel discussion on Humanitarian Affairs at its Project for Asian and International Relations’ Asia-Pacific Conference 2017. Additionally, he also conducted an individual session centred around redefining development, with a focus on the North-East as a central theme.
He was also invited to address the Law Council of Australia in Sydney on India’s legal industry and developments, as well as the Australian Centre for International Commercial Arbitration to explore future prospects of cooperation between the two in the field of alternate dispute resolution.