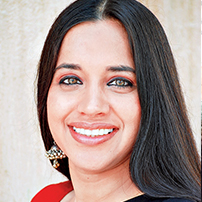 Ramanjit Kaur, an International Award-winning Theatre and Film Actor and Director, believes in ‘living each moment to the fullest…’
Ramanjit is the Founder Director of The Creative Arts, the prestigious Arts Academy in Kolkata. She has been the lead Actor of Padmashree Neelam ManSingh Chowdhry’s group since more than three decades. She is a graduate in Music, Dance, Fine Arts and Literature, and a Gold Medalist in Masters in Music (Inst.). Apart from training in Theatre under her guru Neelam Mansingh, she has also trained at UK, France and Italy.
London School of Speech and Drama, Birmingham School of Speech and Drama, Central School of Speech and Drama, UK;
Theatre du Soleil, France etc. She has performed at Festivals in India and worldwide, including UK, France, Germany, Italy, Japan, Singapore, Dubai, Pakistan Australia, Uzbekistan, Sri Lanka etc.

• Artistic Director of ‘The Creative Arts’, Kolkata, she founded the company in 2002, with the aim of offering Theatre training and for exploring experimental Theatre genres such as Site-Specific Theatre, Theatre Science, Theatre as Therapy or Theatre for Development…And collaborating with National and International artists.
• Since then, she has conceived and directed many nationally and internationally acclaimed original plays for children and adults…
• The Creative Arts has also done collaborations with organizations like British Council, Alliance Francaise, German Goethe Institut, Indian Council for Cultural Relations etc.
• She has been conducting workshops internationally on Theatre Skills and Life Skills, in schools, colleges, Corporates, Post-Graduation Theatre Students and National School of Drama students.
• In 2011, she created an All-women Theatre Group and has directed many plays with all-women cast, like National Award winning play ‘Baawre Mann Ke Sapne’. This award-winning play was invited to Colombo, Sri Lanka, by SAARC and ICCR, Colombo. The play was attended by the Sri Lankan’s Prime Minister’s wife Prof. Maithree Wicremesinghe, Indian High Commissioner and other SAARC dignitaries.
• Her latest production ‘Beyond Borders’ has been performed at prestigious International Theatre Olympics, 2018.
His Excellency Shri Keshari Nath Tripathi, Governor, West Bengal, said “This is the best play I have ever seen in my life…”
• 2019 – She directed an all-women production ‘Dice of Desires’, based on the women characters of the Mahabharata.
• Her work has been presented Nationally and Internationally and has received great response from the audience and the media all over.