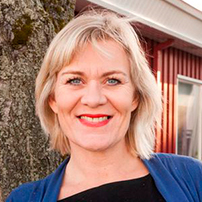 FKA is the Association of Women Business Leaders in Iceland
FKA is a non-profit professional network for Icelandic business leaders. It was founded in april 1999 and it´s core was to support women to manage and grow their business.

THE AIMS OF FKA:
• To bring together women business leaders in order to make them stronger and more noticed in the business world and in the society.
• To encourage exchange of ideas and knowledge and sharing of experiences, both national and international, between its members.
• To promote business between FKA women.
• To promote exchanges, relationships and development of national and international contacts aimed at reinforcing partnerships and access to new markets.
• To encourage FKA women to use all possible means in order to re-educate themselves and be aware of all the latest developments which may effect the operation of their business.
• To make FKA business women a respected target group in the society for opinions, comments and guidance.