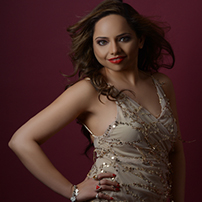 Rachanaa Jain is the founder of Mrs Asia UK, WOW Awards and WOW Magazine and also an established author of a hit-selling book called “Awake Your Dreams, Stop Procrastinating! Start Achieving! ” She is an international beauty pageant winner and won Mrs Asia International Popularity and Mrs Asia International Second Runner Up which was held in china in November 2017 and finalists participated from 15 different countries around the world. She has also won many awards such as International Speaker Award by Radio Works World in 2016, Best 100 Global Coaching Leaders Award in 2017 by World HRD Congress and Non Resident Indian Achiever Award by Build India for her contribution in the development of India. She has helped thousands of people so far to achieve the potential they have had all along, while also making sure that they get the confidence boost they need to truly succeed.
She quotes “Dreams are within reach. All you have to do is to visualize and believe in what you want to be, create an action plan and the universe will guide you through the next step to make it a reality”
She is certified as Master Coach, Reiki Master, Angel Therapist, NLP, Pranic Healer & Psychotherapist, Fairyologist, Magnified Healer, Oracle Card Reader and Numerologist. She is accredited member of Association of Professional Coaches Trainers & Consultants, International Practitioner of Holistic Medicine and UK Reiki Federation.
She has been featured globally in numerous magazines, TV, newspapers, online, radio and her experience alone makes her stand out as one of the top coaches. She strongly believes in karma and says “The key to living is giving”. She believes in helping those who have nothing for themselves, and she regularly contributes to orphanages, the disabled, women empowerment charities and more. In fact, 5% of all of the proceedings from her book go to a charity called Give India, so when you choose her as your coach, you know you are choosing someone who has a genuine level of compassion and someone who will do everything she can to make the lives of others better.