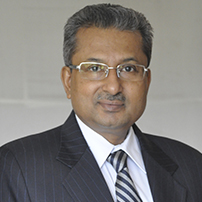 Mr. Sarkar graduated from Delhi University in 1975 with specialization in tourism as a vocational subject. After college at the age of 20, he joined the Tourism Industry & worked in an esteemed tourism company in New Delhi. He is one of the founder members of Destination Management Company “Swagatam Tours Pvt. Ltd.” which was established in 1986. The main operation of the company is inbound tourism meant for bringing tourists from worldwide nations.

Mr. Sarkar is presently the President of IATO, prior to which he was the Hony. Secretary. He has been associated with IATO for last 15 years and has served IATO in various capacities.

He has travelled abroad extensively and has visited many foreign countries for growing his venture and promoting Indian tourism. Presently he is working towards generating business from Middle East, Far East, Australia, New Zealand, USA, Canada and UK regions. He has a good reputation and is a well-known personality in tourism industry due to his ethical business practice. He has in-depth knowledge in tourism field. He believes ‘Knowledge is to share’ and actively participates in contributing his knowledge and experience to the younger generation to develop the career in tourism industry. He is always helpful to the needy and poor people. He has an NGO “Social Interactive Training and Education” to help poor children and running free coaching center for BPL students.