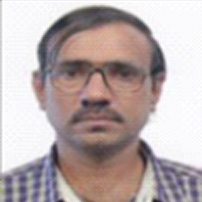 From 1990 to 1997, he served as Lecturer in Electronics and Communication Engineering Department of Malaviya National Institute of Technology, Jaipur, India and became Associate Professor in 2006. He has obtained first rank in the Indian Engineering Services examination conducted by U.P.S.C., New Delhi, India, and has served the Indian Telecommunication Service for a year in 1997-98 as Assistant Divisional Engineer Telecom. He was deputed to Indian Institute of Technology, New Delhi from 2003 to 2006 for pursuing his Ph.D. Degree under the Quality Improvement Program (QIP) of Govt. of India. Presently, he is working as Professor and Head, Department of ECE at Malaviya National Institute of Technology, Jaipur, India. His research interests include sampling theory of signals, image processing, and fractional transforms. He has published about 50 research papers in international Journals and 35 Conference papers. (Paper list is available at www.mnit.ac.in in the Deptt of ECE)
Prof. Sharma is a Fellow of IETE, New Delhi, India and IE, India and his biography appears in the Marquis’ Book of Who’s Who in Science and Engineering, Edition 2007.

He has been awarded the IETE-K S Krishan Memorial Award 2016 for Best system oriented co-authored Paper given by IETE New Delhi Year – 2016, Honors status awarded to research paper published in Journal “Computers in Biology and Medicine” in 2016, and the 2017 Albert Nelson Marquis Lifetime achievement Award” for Research given by Marquis Whos Who USA Year – 2017.