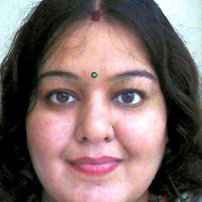 Prity Poddar is an leading Vegetarian Food Blogger of Kolkata who aims to bridge the gap between available good veg food and willing diners.

She was the Official Food Critic for the recently held Tastes of India (ToI), the biggest food festival of Kolkata, and Streets of India.

Prity also pen Hollywood & Bollywood movie reviews. Many of them have published in T2 – The Telegraph and Filmfare, under the reader’s section. She have also won 1st and 2nd prizes from Filmfare for the same. For a long period of time, she penned the same for an online magazine, as well.

Prior to writing, she was into IT, holding the designation of Manager Operations (Web & Software). She was in this field for around 10+ years and worked with various MNCs and start-ups in Kolkata, Mumbai and Gurgaon