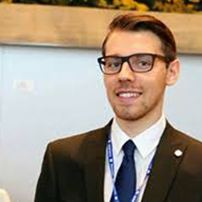 HSH Prince Leo von Breithen-Thurn is very active young leader, humanist and diplomat. He was born in Zagreb, Croatia where he went to primary and secondary schools. Prince Leo continues his education in the United Kingdom and the United States of America. He was first ever student to lead university delegation to the University of Westminster Model UN in London. In 2014, he was appointed Coordinator of Diplomatic Protocol for the Startup Croatia, which brings very important businessmen’s such Mr Rothschild. Furthermore, Prince Leo was Country Liaison Officer for the European Parliament in Strasbourg. In June 2014, Prince Leo was head of delegation to the Global Summit to End Sexual Violence in Conflict organised by the Foreign & Commonwealth Office and chaired by the Foreign Secretary William Hague and the UN Special Envoy Angelina Jolie. Furthermore, in 2014 Prince Leo organised first Model United Nations conference for international students in Croatia under name “Croatia International Model United Nations”. For his diplomatic activities and effort to organise such important event for Croatia, he was supported by the President, Prime Minister, Minister of Foreign and European Affairs, Royal Belgium Embassy, Royal Danish Embassy and Australian Embassy in Croatia. His education is concentrated on diplomacy, international relations, international law, politics and human rights. In 2015, Prince Leo was enrolled in educational programme of the John F. Kennedy School of Government at Harvard University. In 2016, Prince Leo was very active at the United Nations in New York where he was representing Croatia. He held meetings with Ambassador Matthew Rycroft of the United Kingdom (at that time President of the UN Security Council), Mrs Cristina Gallach at that time Under-Secretary-General of the UN, Ambassador Vladimir Drobnjak of Croatia as well as many other diplomats and the UN officials. As well Prince Leo obtained the UN certificate of MUN Trainer. At his alma mater, Canterbury Christ Church University, he established the UN Society which gathers all students interested in international relations, diplomacy, international organizations, international law, politics, human rights and education. He is part of the Economic Forum in London and also contributes as author at the Queen Mary University of London.
Prince Leo closely cooperate with the Kingdom of Swaziland in few sectors such as the HIV/AIDS Government framework, renewable energy, culture and diplomacy especially attached within the High Commission in London.