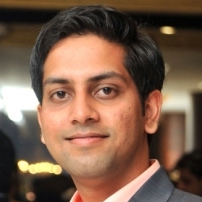 Acharya Praveen Chauhan is one of the most sought after and self taught Astrologer and Palmist. He has a background in Computer Science engineering, and with a specialization in software testing. He specializes in original research, new ways of exploring Astrology and interpretations. Praveen’s approach to Astrology is down-to-earth – yet he draws on spiritual and mystical traditions, new age innovations, and intuitive insights, to use Astrology as a tool for self-understanding and self-improvement. Awards and Accomplishments Extolled with sundry accolades & apperceptions by many Philomath, academicians and organizations of repute and conferred with several prestigious tittles and degrees.
Registered as Asian Top ten in Golden Book of Astrologer.
International Gold Medal in Palmistry.
Samudrik Siromoni Samudrik Ratna
Samudrik Sastri
Jyotish Vachaspati
Jyotish Martand
Jyotishacharya
Jyotish Ratnakar
M.A (Astrology) from Gurukul Kangri Vishwavidyalaya, Haridwar. Publications
Various articles of Praveen have been published in national dailies & magazines like Rail Bandhu, a monthly issues of Indian Railways.He is also a regular columnist with The Daily Pioneer Newspaper & Business World Magazine along with several English, Hindi dailies and Magazines.