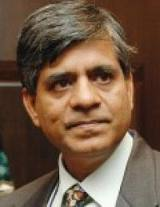 Chairman of the CyberMedia Group

Pradeep is also an Angel investor and has mentored over 150 start-ups. He is the co-founder of Indian Angel Network, Asia’s largest angel network with more than 300 members that has done over 70 deals. Currently IAN invests in 30-40 deals each year. Some successful exits of IAN include Druvaa Software, StayZilla etc.

Pradeep is also the Chair of the Alumni Trust, the sponsors of IvyCap Ventures Trust Funds that have a corpus of $140 mn for investments in medium scale businesses.

He is on the Board of the IIM Calcutta Innovation Park.

Pradeep was a global trustee of TiE, the world’s largest entrepreneurial ecosystem with 12,000 members, including over 2,500 charter members in 60 chapters across 17 countries.

Pradeep was the GP of India’s first angel fund Infinity Ventures 15 years ago which had angel investments in companies like India Bulls and India Games, both of which were highly successful exits.

Till 2015, he was also on the Board of UTI AMC and its subsidiary UTI Capital. UTI AMC is India’s 5th largest AMC with $20 Bn of AUM. UTI Capital ran the $ 80 Mn India Infrastructure Development Fund (IIDF).

He has been the past President of PanIIT India and Association of Indian Magazines. He is/has been on the Boards of IIT Mandi, Indian Newspaper Society, IIT Delhi incubator, etc.

He is the recipient of the Distinguished Alumni award of IIT Delhi and the Helen Keller award for working in the disability sector.