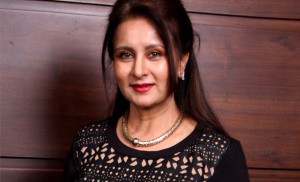 Poonam Dhillon, a leading Hindi film, theatre and TV actress, she acted in about 90 films. After receiving Miss India Crown in 1977, she became popular and opened the door for modeling. She started her career in film industry at the age of 16 with Yash Chopra’s film Trishul. Poonam Dhillon is primarily known for her films like Noorie, Red Rose, Nishan, Dard, Zamana, Sohni Mahiwal, Samundar, Avam, Saveray Wali Gaadi and Naam. She was nominated for Filmfare Award in the Best Actress category for the film Noorie. She also appeared in regional films in Bengali, Tamil, and Kannada.

An esteemed personality of Indian film industry, Dhillon ventured into the make-up van business and runs a make-up van company, “VANITY???. She has been very actively associated with social causes like AIDS awareness, drug awareness, family planning and organ donation programs. She also participated in a campaign named “Save and Empower the Girl Child??? with Lilavati Hospital to ensure the well-being of girls.

She has been a prominent speaker at SAARC business summit held at Kathmandu and Delhi, and was appointed as cultural ambassador. She was also a speaker at the MINDMINE event. Recently, she has launched an event and film production company, Poetic Justice Films Pvt. Ltd.

She has been bestowed with an award for her role in the Hindi play, ‘The Perfect Husband’ in 2005. She was also part of the Indian politics in 2004 when she joined the Congress party for a short span.

Our ALL Country Committee Chairperson for Swacch Bharat and CSR, Ms. Poonam Dhillon recently initiated Cleanliness drive in ALL Vadodara with a broom to aware people regarding cleanliness in Vadodara. Many eminent personalities also joined her in this noble cause. 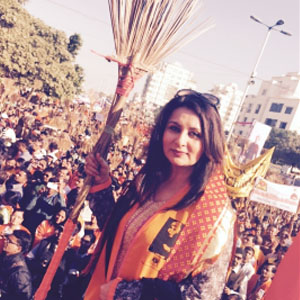