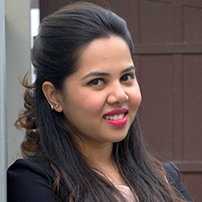 Pooja Bhayana is the co-founder of Let’s Barter India, India’s leading app for bartering of goods and services around you. Let’s Barter India started in 2015 and today is the world’s largest community on Facebook, with over 1,86,000 engaged members. Pooja is a communication graduate by degree from Oklahoma City University, United States. She has also worked in the Public Relations sector for 2 years and ultimately quit the corporate job to look for happiness and found it at Let’s Barter India. Pooja is a graduate of the Milestone Makers India program and has been a mentor fellow at the first ever batch of WEE Foundation at IIT Delhi. She has also been recognized as one of the L.I.F.E. Top 100 Women Entrepreneurs of 2016. Under her aegis, Let’s Barter India has been felicitated as one of the top 100 rising startups of 2017, by The India Network