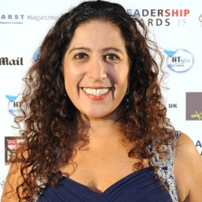 Founder of The Sharan Project

Polly has been supporting women for over 20 years and has extensive experience of the wide range of harmful practices faced by women and the barriers and challenges they face in seeking support. She has personally supported over 500 clients on issues ranging from forced marriage, homelessness, asylum & immigration matters, honour based abuse (HBA), persecution due to sexual orientation, domestic violence, child protection, repatriation, FGM, mental health, substance misuse and cultural conflict

As a recognised expert in her field, Polly is often called upon to deliver training, workshops and talks as well as give evidence as a Court Expert on forced marriages and honour based abuse. She is a member of the Forced Marriage Unit Partnership Board, Panel Member for the Children’s Commissioner’s Inquiry looking into child sexual abuse within the familial environment and lead partner of the national Our Girl campaign funded by Comic Relief

In 2013 Polly was highly commended at the Asian Women of Achievement Awards for her social and humanitarian work, and named in the Independent on Sunday’s 100 Happy List. In 2015, she was recognised at the IKWRO True Honour Award for her work to prevent honour based abuse, nominated for the English Asian Business Awards and the National Diversity Awards and received the GG2 Spirit in the Community Award. She was recently presented with the Points of Light award by the former Prime Minister David Cameron on International Women’s Day 2016 for her charitable work, awarded Charity Initiative of the Year at the British Indian Awards, Diva of Colour and Lift Effects Top 100 Star Awards.

The Sharan Project is a registered national charity supporting South Asian women in the UK who have been or are at risk of being disowned/ostracised by their families or communities due to harmful practices to include, but not limited to: forced marriage, honour based abuse, domestic violence and cultural conflict. www,sharan.org.uk