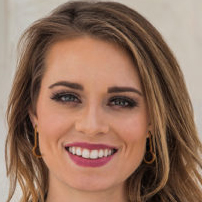 Perianne Boring founded the Chamber of Digital Commerce building it into the world’s largest trade association representing the blockchain industry. Perianne was named among CoinDesk’s “10 Most Influential People in Blockchain 2016” and “Top Woman in Bitcoin 2015” for her public policy accomplishments. An avid public speaker, she has presented at leading industry events including the Consumer Electronic Show (CES), Money 20/20, South by Southwest (SXSW) and many others. She also contributes to Forbes through her column, “The Beauty of the Blockchain.” Prior to forming the Chamber, Perianne was a television anchor of an international finance program that aired in more than 100 countries to over 650 million viewers.Perianne began her career as a legislative analyst in the U.S. House of Representatives, advising on finance, economics, tax and healthcare policy. She holds her bachelor’s degree in business administration and economics from the University of Florida.