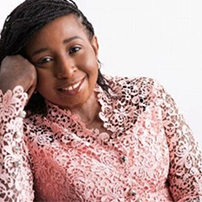 Peace is a visionary and catalyst. She started her career as a writer and had her first work published at the age of nine in Punch, a national newspaper in Nigeria.
In pursuing her need for creativity, she continued her writing whilst in an English boarding school and penned her first book entitled,Teenage viewpoint. As a writer, peace was regarded by the late Robert Maxwell of the Mirror Group Newspapers in the United kingdom young Visionary.
She went on to publish her first magazine called Clicks at the age of 16, and subsequently shot her first short film. PMO, as she is fondly called, is one of African film’s leading proponents in the relative industry. Having started at such a young age, she is at forefront of the process to develop the film industry in Africa, creating several national and pan-continental programs and initiatives to bridge Africa’s film making communities and financial sectors.

PMO was fundamental in structuring of Nollywood. Among other things, she was able to facilitate the first international trip of Nollywood as a Group in 2004 to the United sSates under the organisation of the Filmmakers cooperative of Nigeria.

An experienced producer and filmmaker, Peace also chairs the African Film Academy(AFA) and is the founder of the African Movie Academy Awards (AMAA). Since inception, AMAA has grown in the past decade into the premiere award program for African film.

Apart from creating a much needed reward system for film makers in Africa and the African Diaspora, the AFA, Peace has received several awards and accolades in recognition of her work in training young filmmakers all over Africa. By establishing the Film-in-a-box Project, Peace has trained over 5000 young film makers, whilst setting up film making centres in many African countries.

Together with being selected as a Ted fellow in 2010, she also serves as a jury member for various international film festivals, including the Berlin and ION film festivals. PMO was also a founding member of the Africa International Film Festival and is a frequent commentator and speaker on African film and culture.

She has been instrumental in the careers and mentoring of many young creatives including the Nigerian Pop Duo. As an all-rounded creative, she has three poetry books to her name and has acted in publishing capacity for many authors including Oji Onoko’s Glimpses of our stars.For over 15 years, Peace hosted her own talk show, “A piece off my Mind”.

PMO is the only daughter of African Sage, Emmanuel Onyechere Osigwe Anyiam-Osigwe. Along with her work with the family as one of the executive directors in the Foundation, her vast business interests include her fabrics business, Rainbow fabrics, as well as her real estate endeavours, especially a Mass housing Project for the youths. PMO is essentially a serial entrepreneur.

Away from the creative industry and business, Peace is very politically active. She is the National Coordinator of NO BAGA Foundation, which not only acts as a pro-democracy movement, but has helped internally displaced Nigerians.

Ms. Anyiam-Osigwe holds a BA in Law & Political Science from Oxford Brookes University, Oxford and is a member of the Honourable Society of Inner Temple of Barristers, both in the United Kingdom.

She is also a recipient of the UNESCO’s African Vision Award for Innovation at the 60th edition of Cannes Film Festival in France, and is the past Vice President of Association of Movie Producers .

A PIECE OFF MY MIND

“The programme is conceived to feel the pulse of Africa and Nigeria in general. It deals with all issues in a blunt and poignant manner,” explained Peace about the programme. The aim she said is to allow people to express themselves, ask penetrating questions and get educated in the process. “We would tackle topics people normally shy away from,” Peace emphasised.

Among an array of international statesmen that viewers will have a different insight to are Presidents John Kuffour of Ghana; Abdoullaye Wade of Senegal; former President Charles Taylor of Liberia; music icon, Youssou N’dour, business guru, Bamanga Tukur etc. “The style is different,” she points out in her lilting voice. “I’m looking at issues from a holistic approach as my father will say. We are going behind the scene and picking topics that are sincere.” One of such is on the gay community in Nigeria in which some of them were interviewed on and off camera. From the report, viewers will learn that there are six authentic lifestyle groups. There is equally the touching subject of infertility which is approached in the documentary style – interview with traditional healers, conventional techniques among others.

Interestingly, the programme which has an international slant will be aired on Ghana TV, Gam TV (Gambia) and Liberia TV from next quarter. Discussions are at an advanced stage for it to hit the South Africa pay TV M-Net on its Africa Magic section. Peace who is the presenter and executive producer is thus confident of sponsorship for the programme. “It is a very relevant show. We spend a lot of money on our content. We’ve also committed our resources. The programme is international. We travel a lot to cover interesting topics,” she said. For now, Westel a telecommunication company based in Victoria Island is backing the programme. Efforts are on to get other well heeled companies to also offer sponsorship.

On how she will find time to present the programme in the long run because of her tight schedule she explained: “This is my baby. It has taken me seven years to get it to where I want it. This is what my father and mother felt I should be doing. And my soul sister, Linda, came all the way from London to build the set. I think my priority is this programme.”

Therefore as A Piece Off My Mind finally hits the airwaves week, she feels “apprehensive, relieved, happy and just looking from the outside in. It’s a very reflecting time actually for me,” she added.