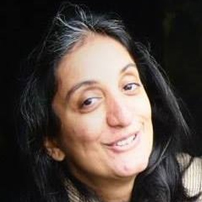 Payal Nath is the Co-Founder of KADAM, spearheading the operations of KADAM & KADAM HAAT from West Bengal, Kolkata currently. KADAM works towards creating opportunities for the semi-skilled OR skilled natural fibres handicrafts artisans via training and professionalizing them. She also is heading KADAM-HAAT which acts as a market platform for the trained artisans incase they need a window to sell their produce with a continual support of professional infrastructure & certain incentives. A Physics graduate from Delhi University, she trained & worked under an Italian designer in the footwear industry for few years and this largely shaped her work philosophy which she has taken to the grassroot level since last 17 years now. Bringing an unorganized handicrafts industry to be in somewhat professionally run organized sector by upscaling vision, skill & living conditions in the poorest communities of the natural fibre artisans has been her mission and works passionately teaching a few things and learning a few.
Was a Guest lecturer and mentor at NIFT, Kolkata, worked with DCH, New Delhi as an empanelled designer for a few years & made presentations at few national & international forums. She had been nominated for the Amazing Indian Award in 2012 also.